Perhaps one of the greatest rookie mistakes in writing is found in the setting. Not because the setting is no good, but because beginning writers tend to info-dump their setting into paragraph upon paragraph of details, all in the first couple chapters when you are supposed to be hooking the reader.

So I am going to spend a few days talking about worldbuilding more effectively.

Info-dumping may be especially apparent, and tempting, in fantasy and science fiction, as the worlds are different from our own, but it is a tendency in any sort of fiction. 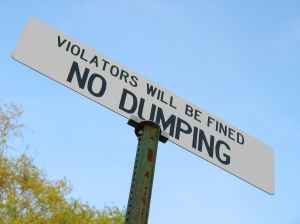 We want to figure all these little things out as the writer, and that is okay. We need to know how the world of our novels works. And so do the readers, but readers don’t need pages of details outlining infrastructure and government systems and so forth. They will almost assuredly get bogged down, bored, and will probably not read further.

Your novel needs a resonating setting that is nearly as gripping and complex as your characters. And you need to know how to paint that world strategically as you seek to draw in your readers.

Reveal the World Through Action

When I set out to write my first novel ever, I had some ideas about the setting, but mostly I was starting out with a few vague ideas and trying to figure out the details. I just started writing, and what came out was a couple of pages of detailed setting, before zooming in the “camera” on my protagonist, who was sitting around, and thinking about her troubles. In other words I had a really boring, but really descriptive first chapter that contained lots of information but no plot movement. I, the writer, discovered a lot, but the reader would have been bored.

Resist that urge to info-dump. Rather than spend pages of description at the outset, unfold your setting through your protagonist’s eyes during scenes of action. It’s okay to slow down every now and then and give the reader information, but don’t ramble, and don’t throw too much at the beginning. Just give us enough to spark our interest.

One of my favorite examples is the film Inception. It is a pretty crazy and complex film, and Christopher Nolan could have began the film before his characters enter the dream sequence and explained how the system of mind-heisting worked. But instead, he progressively reveals it through action. Show, don’t tell, you know.

We find out that the action is a dream, through action and dialogue, and then action tells us that the characters are in a dream within a dream, and so on. It is not until we are thirty minutes into the film that Nolan pauses to explain how the characters are able to hack into dreams. And even then, Nolan does it by introducing the method to a new character.

Not convinced? How about George R.R. Martin’s Game of Thrones? Here we are given a grandiose and very detailed world. And yet, it slowly unfolds. He doesn’t begin with details about the history of Westeros, and details upon details about the relationships between Targaryens and Starks and Lannisters and so forth. He doesn’t tell us about the tension between Starks and Lannisters. This is revealed when Lannisters come to the Starks’ home in Winterfell. And more and more is revealed as the action of the story unfolds.

We don’t need to fully understand things to keep reading. In fact, wanting to know and understand more, may be the very thing that keeps us reading. Give us a character and a great inciting incident, and let the world unfold along with the story.

Tune back in tomorrow for Part Two and we’ll talk about using fewer but more effective details to enrich your storyworld.

I write epic fantasy novels, and I sometimes write a few blogs, mostly concerning what I am learning about writing and my own publishing journey. View more posts